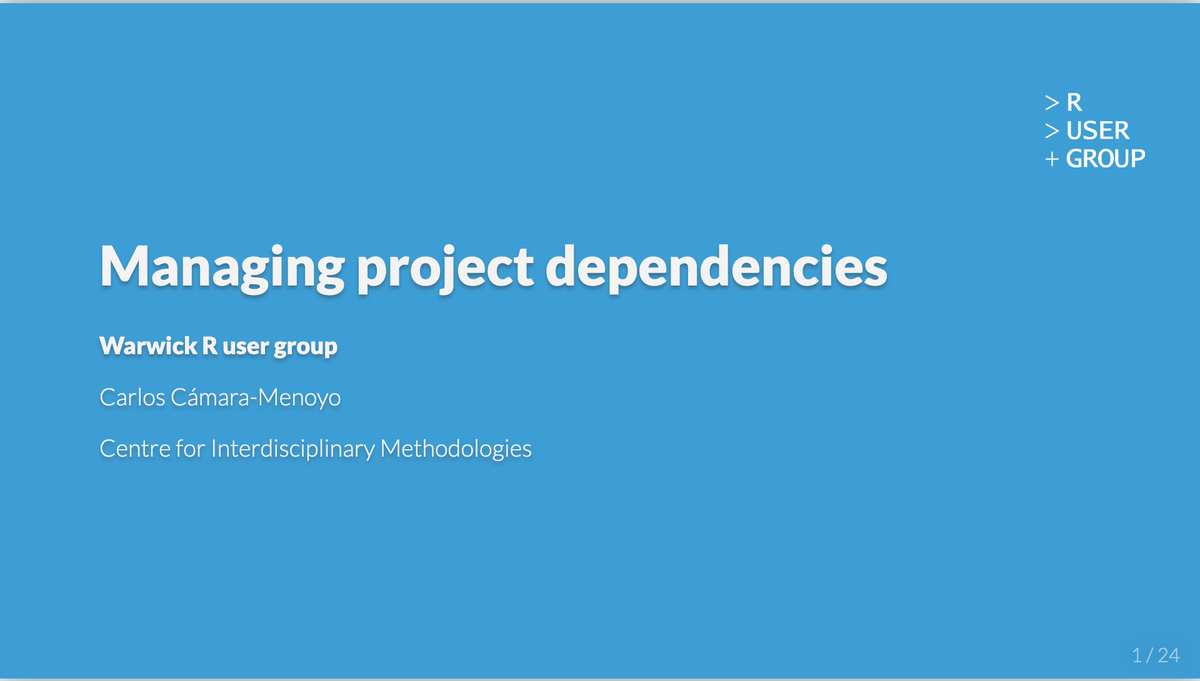 In this first session of the WRUG reproducibility series, I introduce two methods to deal with library dependencies: {automagic} and {renv}

At the end of the previous Warwick R User Group talk on code review we had an interesting discussion on the need for reproducibility. This talk introduces the concept of reproducibility and focuses on one of it’s many facets: that of managing R script’s dependencies.

In order to do so, two different methods will be presented, compared and discussed: the simple yet works-out-of-the-box {automagic} and the more complex, yet backed up by RStudio, {renv}

At the end of the session, points in common as well as limitations will be highlighted, hopefully leading to a discussion and opening the door for the second talk of the reproducibility series.