Urban Commons and the Production of Alternatives to the Neoliberal City 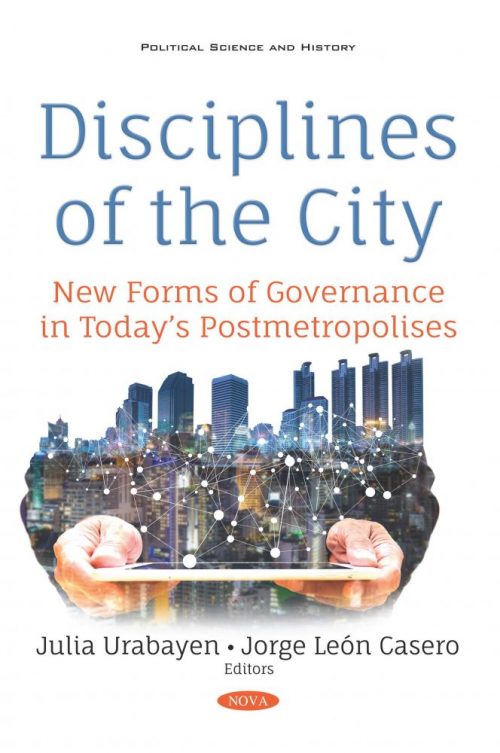 Within a context of austerity, city governance policies have been devoted to attracting capital either from external sources or by a series of privatisation policies, submitting any kind of social concern to this mercantilist logic. In doing so, cities have turned into trading goods and mechanisms of dispossession that have resulted in an accentuation of social and economic inequities. It is no wonder, hence, that many voices have been raised claiming for fairer alternatives. Urban commons propose a possible response to that demand. This article offers a theoretical approach aimed to improve the comprehension of such a suggestive, yet ambiguous, term that gathers many diverse and diffuse aspirations. Centered around the ideals of sharing amongst peers, self-governance, equity and solidarity, urban commons advocate for a social and spatial justice that will be achieved by means of sharing specific endangered parts of the city.

Type
Book section
Publication
Disciplines of the City: New Forms of Governance in Today’s Postmetropolises
Due to copyright, it is prohibited to reproduce books' content. This is just an excerpt of this chapter’s introduction. In order to get the book, please visit Nova Publishers' website.

At the end of the first decade of the 21st century, most of the Western world started to suffer from a structural crisis. What seemed to be merely a financial problem soon started to impregnate all facets and actors of a society that heavily relies on consumption and loans to maintain its consumerist thirst. As a result, a context of growing inequalities accentuated by austerity policies – supposedly1 aimed to mitigate the negative consequences of the crisis – started to shape. Within this scenario, cities have played a key role in favouring so.2 First, because current crises are rooted into the processes of accumulation by dispossession (Harvey 2004) resulting from recent urban governance policies more concerned by profit than social issues (Burkhalter and Castells 2009; Harvey 2012; Marcuse 2012; Marcuse et al. 2008; Sevilla-Buitrago 2015; Stiglitz 2011). As a result, cities (and everything that lies within – citizens and buildings included) have turned into trading goods aiming to attract foreign capital like investments or tourism.3 Second, because contemporary cities have slowly and imperceptibly turned to be socio-technological constructs aimed to reproduce a capitalist system that increases inequalities by means of domination and control, as argued by authors like Stavros Stavrides (2015) based on Foucault’s studies on biopolitics and disciplinary control (Foucault 1995; Foucault 2007; Foucault 2010).

If it was ever true, the ideal image of the city as the domestication of a world full of perils that provides shelter and protection with the adequate conditions for human reproduction and development is no longer valid. The following pages are inserted in the epistemological tradition that conceives the city as a synonym of conflict, mostly originated by class struggle (Aibar and Bijker 1997; Brenner, Marcuse, and Mayer 2012; Casellas 2006; Castells 1977; Harvey 1989; Lenin 1999; Sorando Ortín 2014). This conception implies that cities are much more than a sort of ideal scenario where life and class confrontation simply happen. On the contrary: cities are the physical dimension of a society (Castells 1983, 311) in which space is socially produced (Lipietz 1977; Marcuse 2011; Sevilla-Buitrago 2012, 39) in order to satisfy its interests and goals (Castells 1983, 312). Nevertheless, if cities have played such a key role in favouring crisis and inequalities, it can be argued that they can also be key in fighting their negative consequences. In other words: the solution should be found in the same place where the root of the problem lies. For this reason, the selection of cities as a context for studying social transformation is, hence, more than justified. Proof can be found in the notorious concentrations around the world that flourished following Arab Spring example, which shared similar patterns: the congregation of thousands of people around the main squares protesting against their governments and their unfair austerity measures. A notorious example was the Indignados Movement of 2011, a distributed movement that spread across the major cities of Spain4 against the political and financial model that originated the crisis, the social inequities, the privatisation of public services like health or education, and the political corruption that derived from it. This in turn sparked a series of debates, assemblies and discussions aimed to propose and demand new fairer alternatives.

Despite the evidence that new city models for a new society are needed if we are to prevent repeating the same mistakes one and again, there is no consensus on how they should be in order to fight the scenario of austerity and economic recession previously described. Urban commons are one of the possible answers and models for producing such positive social transformation. In the following pages, we will develop what urban commons are from a theoretical standpoint.