Urban Commons: Lessons from Barcelona at the Beginning of 21st Century. A characterization proposal from the praxis 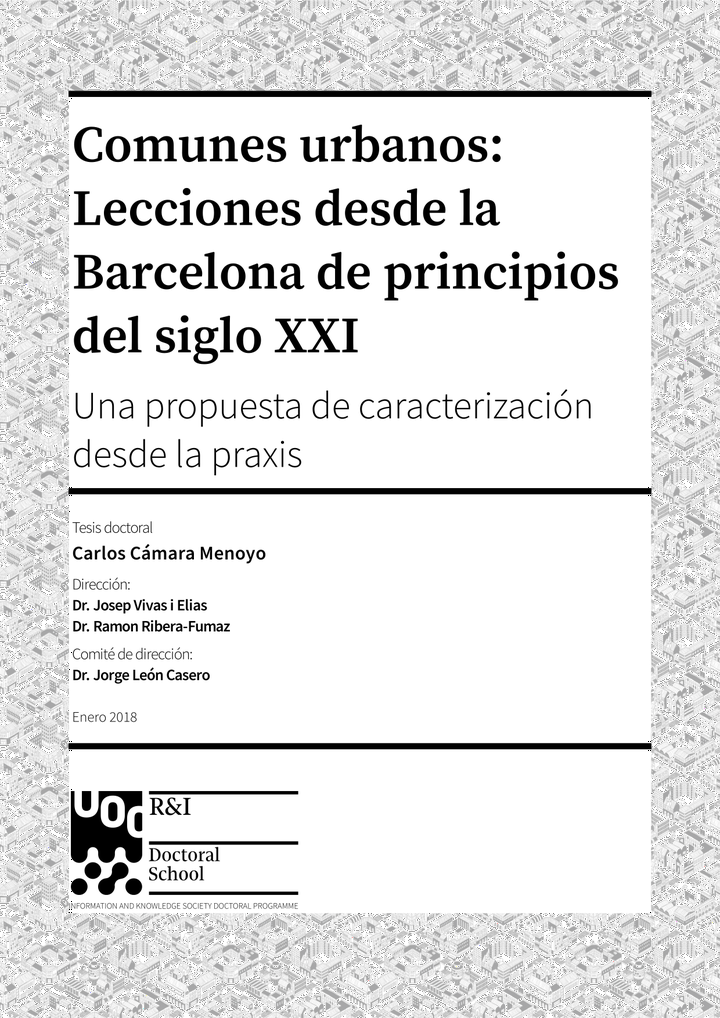 The concept of the commons is as strongly suggestive as ambiguous. This is evidenced by the growing interest in recent years which encompasses areas and aspirations so diverse that despite being contradictory sometimes, share a transformative vision based on cooperation. The present doctoral research focuses on one of the subgroups of such commons, that of urban commons, aiming to problematize and understand them. In order to achieve this, and after an exhaustive theoretical framework that will lead us to the roots and contradictions of the concept, we propose a situated approach based on the praxis. Based on an ethnographic study of 29 cases (8 of them analysed in depth) within the Barcelona of the beginning of the 21st century, we made 5 discursive threads about their demands, self-management and institutionalization, relationality, materiality and spatiality and technology and free culture. It is from their analysis that we obtain the keys to understand their links with the urban and the social and, ultimately, to characterize the concept of urban common in order to resolve if they can effectively be drivers of urban, social and economic transformation that lead to propose alternative and fairer cities and societies.