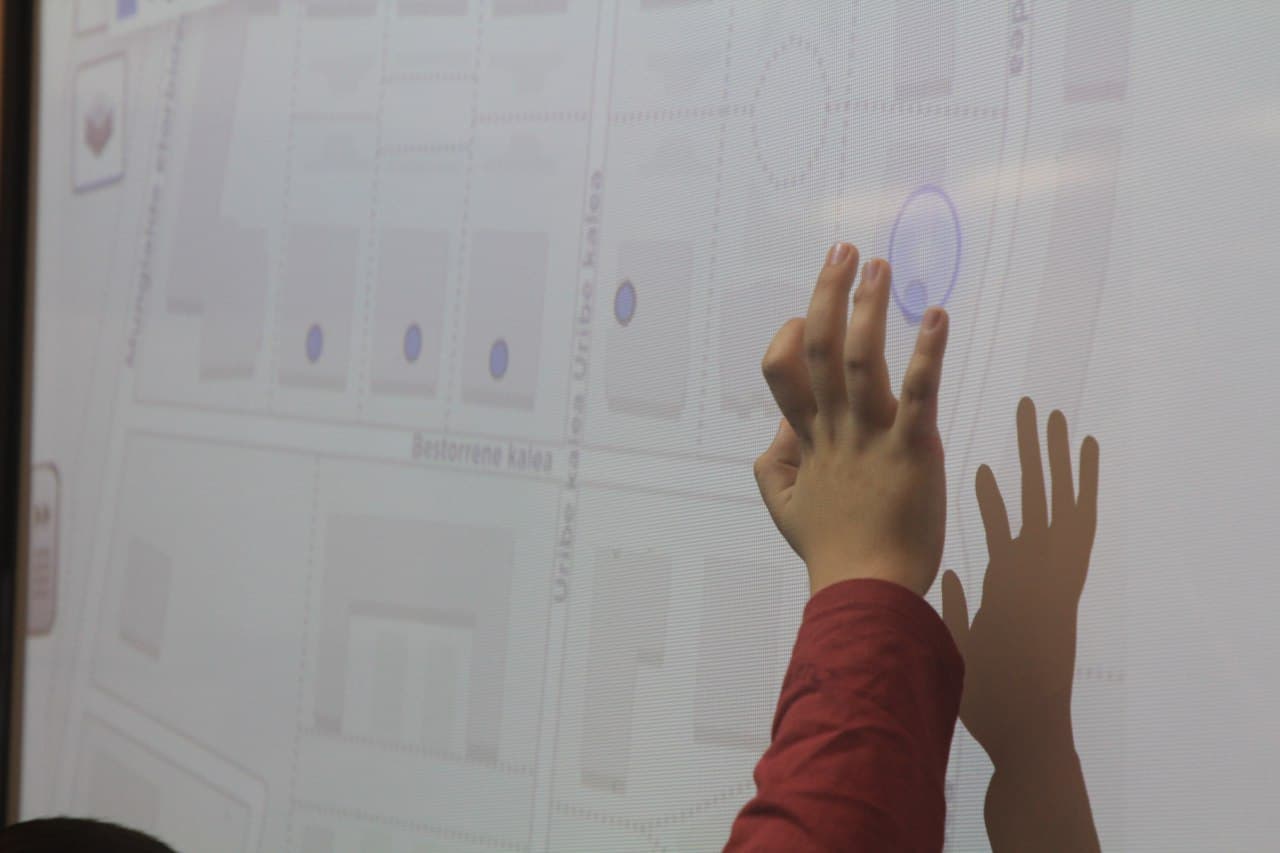 The process of designing the school routes with the children. Photo: Julián Maguna (Solasgune)

After participating in the workshops of the two editions of Summerlab 2019, “Data is power, in whose hands?" and “Open data and citizenship”, in which I participated as a mentor, Solasgune came away with many ideas to improve the school pathways project that they had already been promoting, characterised by involving the children themselves in the design, testing and execution of routes to walk to their schools.

As a member of Montera 34, my participation in the project consisted of collaborating in the design of the process and developing the technological infrastructure to enable the creation of school routes that contribute to increasing the number of children walking alone (or accompanied by other schoolmates) to their schools. To this end, the process is divided into three stages:

Eskola BideApp is the application we have developed ad-hoc to automate the processing and visualisation of the data collected in the data mining sessions, both with the pupils (slides, interactive dashboard and paper maps) and with municipal technicians (reports).