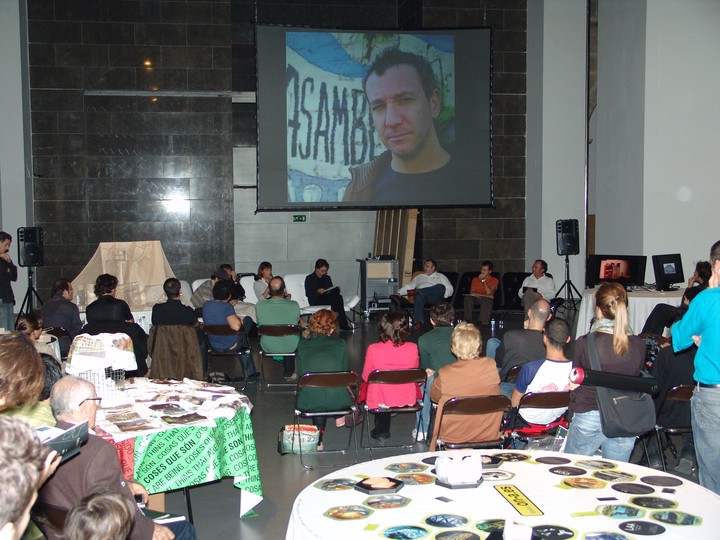 Curator, along with Félix Arranz, of the exhibition held at the Centre d’Art Santa Mònica during the “Arquiset ‘07 week” which brings together the work of the first works built by 44 European, American and Iberian studios. In addition, the exhibition is located and complemented in Barcelona with a private exhibition, which includes debates and original material from the seven professional studios resident in Catalonia: BB Arquitectes, Calderón-Folch Arquitectes, (house), dos punts arquitectura, lagula arquitectes, ON_A, Re- Arquitectos, which are included in the selection.

Also included in the exhibition is the projection of audiovisual material managed by AJAC, Agrupació de Joves Arquitectes de Catalunya.

The opening ceremony included an open debate in which Ferran Barenblit (director of CASM), Antonio Ortega (Coordinator of CASM activities), the seven studios resident in Catalonia and the artists sponsored by studios such as Rubén Martínez (YPSITE.net), Martí Anson, Octavi Comerón, among other artists listed in the Arxiu_Dossiers of the Centre d’Art SantaMòniCA.

Two central questions were addressed in the debate: The first question is “symptoms of the new versus the young: to what extent do you project -young architects- in an unlearned, unprejudiced way?” and the second explores “media strategies, social strategies, etc… legend and reality of the media success of architecture, in Barcelona, with respect to other manifestations and arts”. The debate will be moderated by Ferran Barenblit, director of CASM, Antonio Ortega, coordinator of CASM activities together with Félix Arranz and Carlos Cámara, from SCALAE ed. and the group of young architects and artists from Barcelona is invited to participate.