'Accessible Zaragoza' is now on TV 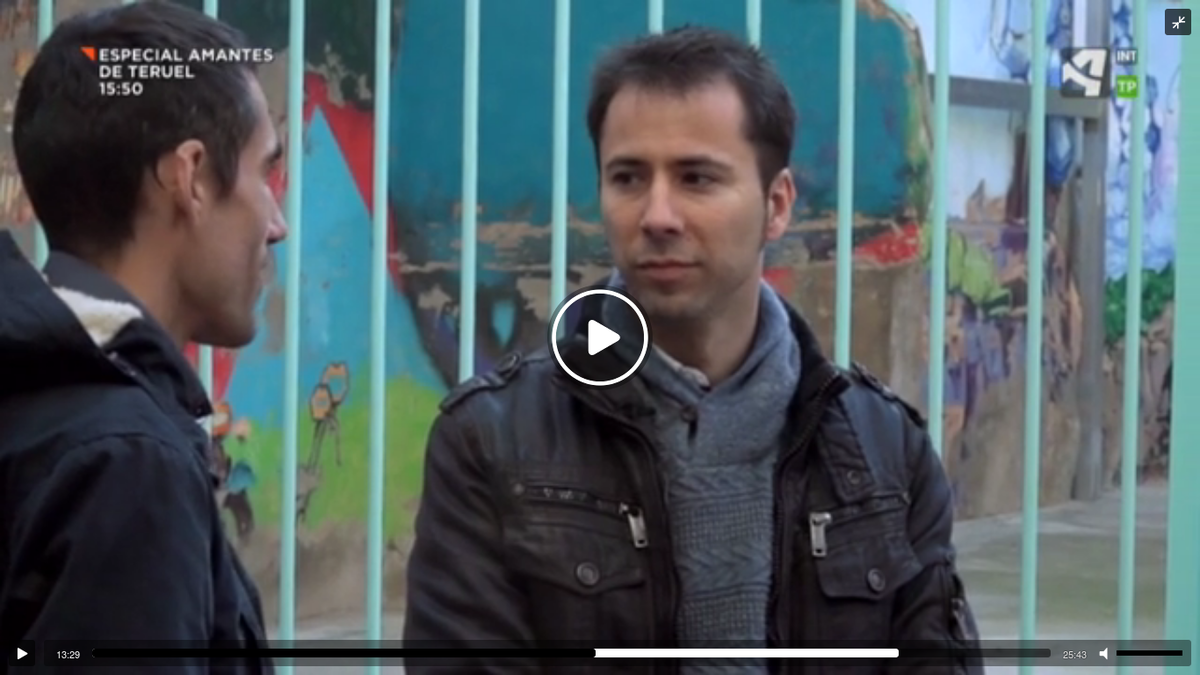 During the last few years, I have hardly shown any activity on this website. This is because they have coincided with periods of considerable intensity, especially in terms of work. I already wrote about one of the main reasons, and today I would like to write about another other one: Accessible Zaragoza, the collaborative mapping project of aspects related to urban mobility and disability that I devised in the academic year 2015-16 within a chair at the Universidad San Jorge and in which I have been working as a principal investigator since then.

For some time I have been looking forward to share it here because it is a project in which I am putting a lot of enthusiasm and effort and which, on the other hand, is giving me many joys. One of them was the García Mercadal award, but the most recent has been to have participated in the program of scientific dissemination of Aragón TV “En ruta con la ciencia (Science on route)”, which was broadcasted last Saturday, and in which I had the opportunity to participate and explain what the project1 consists of.

You can see the complete program 34 in this link (in Spanish, though). Starting at minute 12:55, I explain to the particle physicist Carlos Pobes the particularities of Accessible Zaragoza2. Additionally, the program features Javier Monclús, researcher in architecture and urbanism at the University of Zaragoza, who opens the chapter by explaining the role that our cities play in our lives (which introduces our project very well); and Antonio Tausiet, who presents the project Gran Archivo Zaragoza Antigua, a repository of surprising images of the city, both current and old. The rest of the footage is dedicated in the survey section to some of the myths about menstruation and to the invention of the chair folder.

Some images of the program, whose full content can be seen in this link from Aragon TV a la carta

I have to admit that this is the first time I’ve participated in a TV show like this and it was a very enriching experience to record and prepare it. I was pleasantly surprised by the meticulous and respectful work made by Sintregua, producers of “En ruta con la ciencia “. After the first contact, in which their staff gave me an operational overview of their program, I had a telephone interview that lasted for more than one hour with the documentary filmmaker Isabel (I don’t remember her last name). After having read all the documentation that I had previosuly facilitated to her, she asked me very specific questions and clarified doubts, making obvious that she had already carefully reviewed my matrials). At the same time, this work served to elaborate a script that they handed me in order to guide the interview that Carlos Pobes would make me a few days later. After the interview, part of the staff joined me on my workplace at San Jorge University, where we recorded more shots.

Honestly, I have to admit that I am very happy both with the experience of recording the program as with the final result, and I can do nothing but reiterate what I did on twitter and thank the entire team of [Sintregua] (http://sintregua.com), first, for giving us the opportunity to publicize our project and, second, for making a program so careful and with great respect for our work.